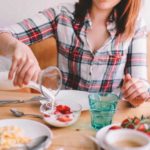 Alcohol, formed by yeast, isn’t called an intoxicant needlessly! Solomon perfectly documents in Proverbs 23:29-35 changes alcohol commences in the individual who drinks it: trouble; emotional pain; conflict; expressions of irritability; inadvertent injuries; bloodshot eyes; addiction; et al. Truly innumerable haven’t heeded the tales of fermented beverages’ harmful powers, but ever wonder who were the culinary pioneers and connoisseurs of alcohols and of other terrestrial things while in search of comestibles? Theirs became the unenviable task of sampling species to determine the sickening and lethal from the good or tolerable for human diet.

Let’s start out small; let’s look at the hot beverage of coffee. Stemming from a bean, this beverage has history dating back to the 15th century and has since been a popular household morning drink. It can be found in many forms, including raw beans, flavored k cups, and even powder. However, is it healthy? Many skeptics and noted the addicted mannerisms of people who have consumed it for a long time. Some blame the dependency on the caffeine; others blame other chemicals in the bean itself. Health problems in the gastrointestinal tract, such as ulcers, have been reported. However, it’s difficult to blame coffee for every health problem because the science is still unclear. If you enjoy coffee in your morning ritual and have no health issues from it, then enjoy!

Ingesting the Unfamiliar or Questionable Was and Is Risky Business!

It stands to reason that the “where” is important for answering the “what” and the “who” of this matter. Of course, besides what’s indigenous to a region, there’s that which is imported. We can, in either event, narrow our focus down to a land and its people; indeed, what a territory naturally offers or is made to offer with regard to fauna and flora is all the regionals have for culinary possibilities.

Let’s talk ackee, its name derived from the Akan language or, as some propose, Mayan! The bright red pod housing the yellow arilloid pegs has to open on its own for the said pegs to be edible. Also, the aril requires thorough gutting of its pinkish veiny material before it can be cooked to its margarinish texture and flavour. Furthermore, each roundish glossy black seed must be wrung off and discarded, inasmuch as the seed is deadly poisonous! Indeed, three hurdles to face before safe dining on ackee can be achieved!

That West Africans indulged in ackee eating prior its arrival in Jamaica in the 1700s is questionable, but their region is where it originated. The Arawak Indians as well as the war-loving Caribs may therefore not have been the first samplers; furthermore, the European colonizers and their Asiatic associates likely weren’t the first to experience the ackee’s deadly hypoglycins. Ironically, the West African slaves may have been dietarily subjected by Captain Bligh — ignorantly or maliciously — to what had been mostly ornamental and probably medicinal to them in their homelands.

Time and space don’t permit a lengthy telling of the story of an African staple originally from Brazil, namely that of the cyanide-containing cassava (a.k.a. tapioca), nor of that of the puffer fish (a.k.a. blowfish, toadfish, or fugu) and its primarily Japanese consumers. Moreover, we may yet ponder the Amazon’s poisonous frogs prior their exclusive use on blowgun darts’ tips as well as the fungus family’s mushrooms and their testers, some of whom succumbed to lethal varieties in their quest for the eatable kinds. Similar mysteries surround berries, too! And who found South America’s cashew’s dermatitis-inducing shell inedible but its kidney-shaped nut edible?