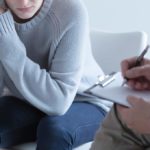 Like many women in the United States, unexpected pregnancy can really impact your life significantly. Some women end up getting pregnant without having any knowledge of pregnancy. For example, there are some women out there who have absolutely no signs or symptoms of pregnancy. Other women may tend to experience symptoms, such as: nausea, headache, fatigue, missed periods, cramping, bleeding, etc. Having an unexpected and unplanned pregnancy can definitely cause you to live a life of misery. For many women, having an unplanned pregnancy can change your life for the worst. Depending on your situation, such as your financial status, your age, your surroundings, your relationship and other factors, you may want to consider getting an abortion. According to the CDC, women in their twenties were responsible for a majority of the abortions that took place in the year of 2015. If you are someone who has faced an unexpected pregnancy, then consider getting an abortion if you feel that this will be your best solution to your issues.

According to the NRLC.org, since the year of 1973, there have been more than about 60 million abortions around the country. There have been many women who had made the decision to move forward with getting an abortion because this is their only choice. For example, there are many women who are in an abusive relationship and if they move forward with bringing their child in their lives, they could be setting their child to be at risk for facing serious harm and injuries. Sometimes, it is important to make a decision that is going to benefit everyone, even if it means getting an abortion. For some women, getting an abortion is the best solution compared to the other options that they have. There are also various facilities that offer counseling for those women who have no one to talk to. There are many options for those facing an unwanted pregnancy.

Sometimes, there are also many women who are facing a tough situation. Some women end up not finding out that they are pregnant until many months later. Once they find out that they are pregnant months later, in some states it may be too late to move forward with getting an abortion. However, there are several options for those facing a late-term abortion. In some states, you are still able to get a late-term abortion even during the later months of your pregnancy. You can take time to conduct some research online to finding out more information about these types of abortions. You can search online for the following terms: late term abortions Houston TX. Once you conduct your research online, you should be able to find out more information about the different locations that are available to you in getting a possible late term abortion.

For many women, an abortion could be your best solution. You want to think about all of the risks and benefits to an unwanted pregnancy. Take time to analyze your personal situation to figure out what is going to be the ultimate best solution for everyone.

Everything You Need To Know Before Undergoing Cosmetic Surgery

Cosmetic surgery was once just a luxury afforded by the upper class. Advances in technology and medical science have now made various procedures attainable by almost anyone. Furthermore, the reasons for cosmetic surgery have grown, as it is no longer just for those wanting to stay looking young, but also for accident and illness victims […]

In America, there are millions of women who undergo the amazing experience of giving birth. Unfortunately, many women are left without the choice to give a vaginal delivery and are given a cesarean delivery. There are many different types of complications that cause a woman to undergo a for cesarean delivery such as medical conditions, […]